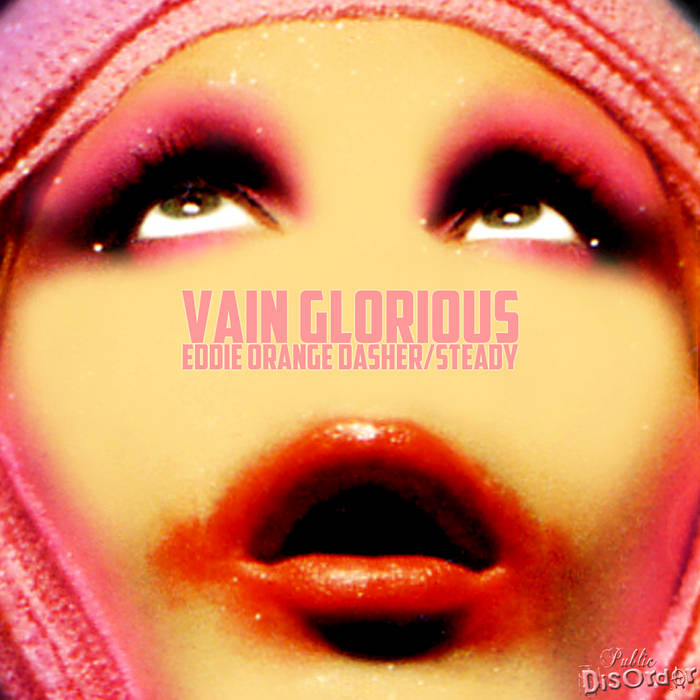 Posthumous re-issue on Public Disordar Records of the debut and only album release by Eddie Orange Dasher aka Steady. His album Vain Glorious was completed prior to his death and released only as a limited edition run and given to the mourners at his funeral.

Public Disordar Records are proud to be releasing this stunning album to a wider audience for the first time , and released on the 9th Anniversary of his passing (or as Steady referred to it in song, being 'Over the Moon', on Saturday 10th May 2014.

All profits from its sale being donated to the Soi Dog Foundation charity in Thailand to help continue their work in rescuing and saving stray dogs in that country, Steady was a dog and animal lover and supported rescue charities abroad hence we think this foundation would have his approval.
www.soidog.org

Eddie Orange Dasher (Steady) was a gifted musician and artist working in the fields of music & art. His larger than life personality and character saw him become a member of Leigh Bowery's legendary art rock band Minty in the 90's followed by The Off Set, Sexton Ming & Steady, as well as forming several bands himself such as Elizabeth Bunny, Sweetie and As If (which also gets it's debut release on Public Disordar on 28th April 2014), as well as being a member of Massive Ego.

Prior to his death, Steady had begun experimenting in the then fairly new medium of digital art, and using himself as a palette, creating exotic, colourful and sometimes extreme 'looks' which helped bring many a nightclub to life with his attendance. This creative and talented force left this mortal coil far to early and we feel the world needs to remember and hear his work with fresh ears and for a new generation of 'club kids' to discover & cherish.